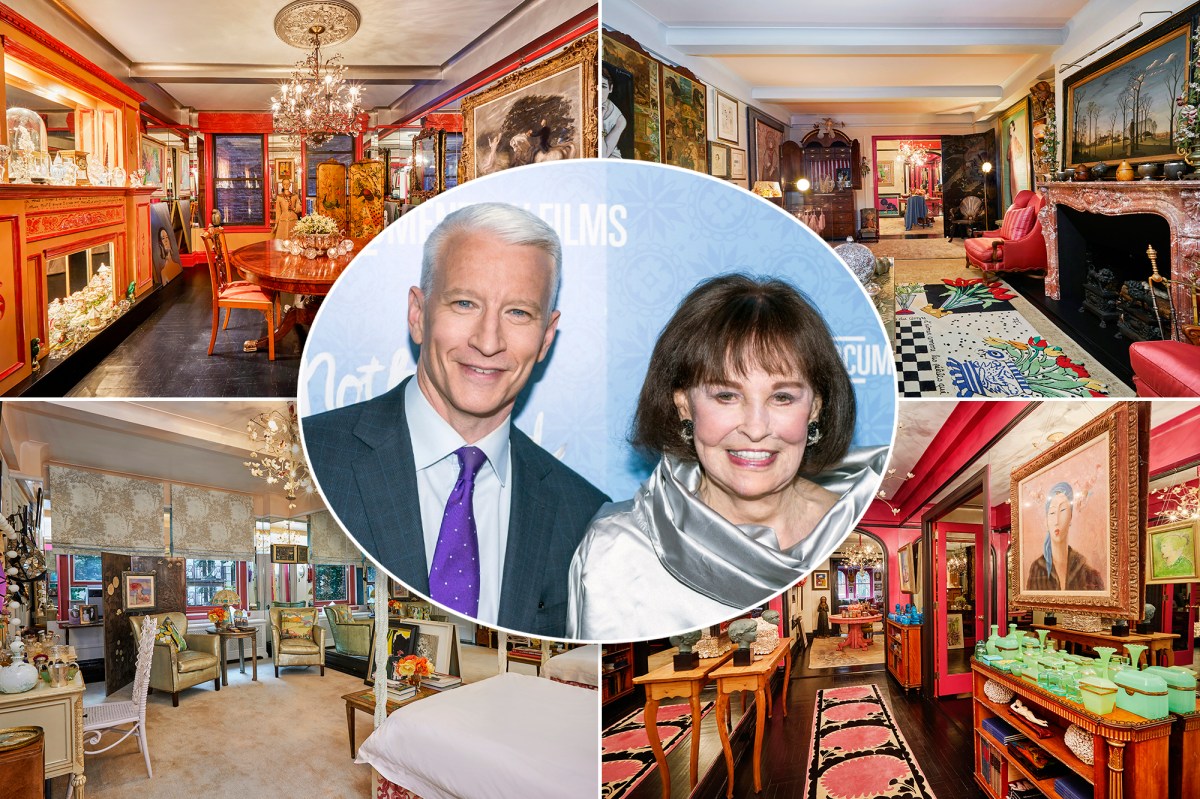 Located in Midtown East at 30 Beekman Place, the two-bedroom, two-full-bathroom apartment belonged to the late New York icon for more than two decades.

The socialite, fashion designer, artist and heiress initially moved into the residence in 1997 and no renovations have taken place since, according to the New York Times.

The relatively modest price can be attributed to the apartment’s lower placement, situated on the second floor of the building.

The listing describes the property as “ideal for a discerning client who will delight in owning the former home and sanctuary of one of the 20th century’s most significant and highly admired icons; an artist, designer, writer and true renaissance woman.”

Facing the river, features of the home include an oversized windowed foyer with high ceilings and easy access to the river promenade.

The eclectic eye-popping style of the late Vanderbilt can be seen in the photos of the home.

Amenities of the building include a newly completed fitness center and laundry services.

Vanderbilt also holds the ground-floor art studio, which is not part of the listing at the moment, but is expected to be sold separately at a later date.

The price doesn’t include the $4,311 monthly maintenance fee that will come with owning the property.