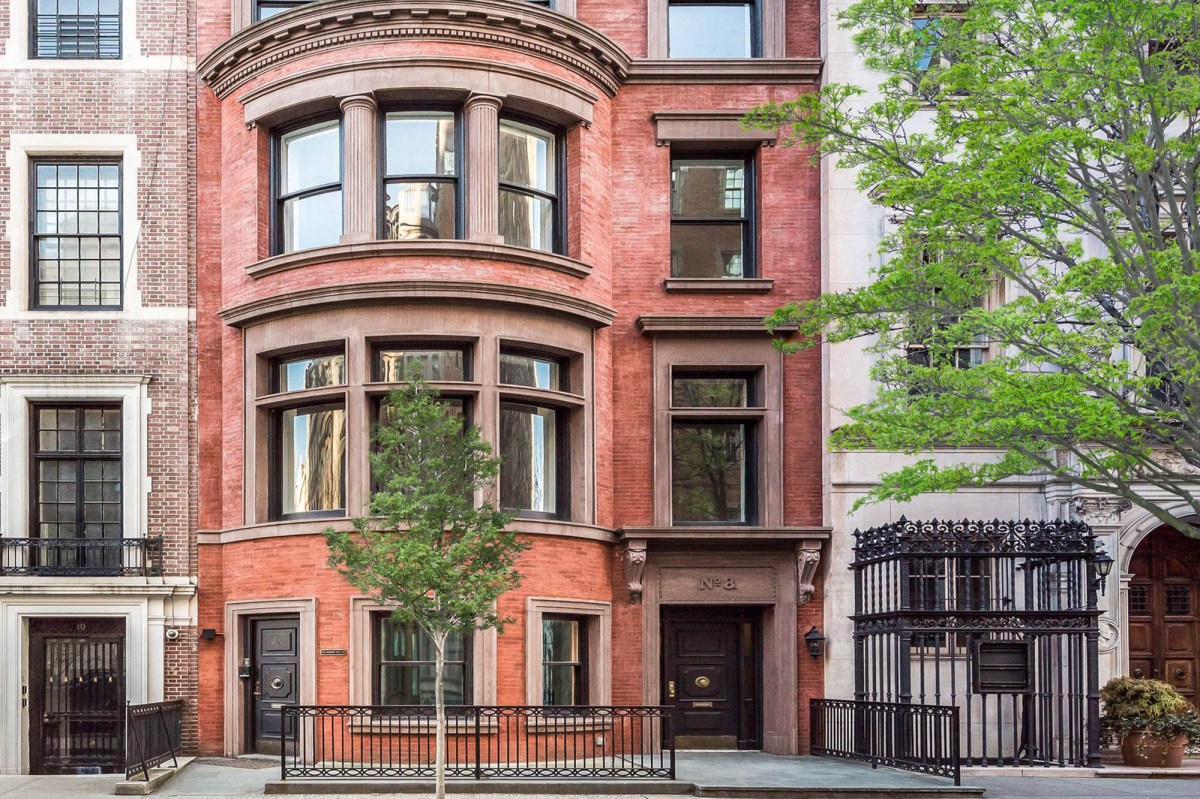 Nicole Kidman and Hugh Grant’s 19th-century Manhattan townhouse on HBO’s hit show “The Undoing” is on sale for $30 million — a discount from its $35 million price tag when it went on the market in 2018.

At 8 East 63rd St., the five-story townhouse, built in 1878 by C.P.H. Gilbert, is steps from Central Park, between Fifth and Madison Avenue. Gilbert built the mansion to resemble an 18th-century British townhouse on what is now known as Fifth Avenue’s Gold Coast.

On the show, Kidman’s character, Grace Fraser, is an uber-wealthy therapist whose beautiful life with her husband, Jonathan, played by Grant, is shattered after she helps a woman who is later murdered.

The series, however, doesn’t feature shots from inside the actual townhouse, and a new buyer will need to be uber-wealthy as well — to spend millions more to bring the 10,000 square foot residence back to single-family mansion status, brokers say.

At 25 feet wide, the New English classical brick and brownstone mansion features nine bedrooms, six fireplaces, rounded bay windows and two private terraces on one of the most coveted blocks in the city. The listing was first reported by Newsweek.

The original owner, Joseph Hodges Choate, was a lawyer who led the US delegation to the Second Peace Conference at The Hague in 1907, according to the listing.

Today, the stately residence has been cut up into two duplex rental units, now vacant, and a ground-floor commercial space — but its beautiful bones are evident everywhere.

The home’s original details include herringbone floors, historic moldings, a formal, square staircase and ceilings that rise to 11.7 feet.

There’s a drawing room with rounded bay windows that would be perfect for entertaining, along with a library boasting a fireplace, and a formal dining room that opens to a terrace overlooking townhouse gardens.

Kidman and Urban are buying a $3.5 million pied-à-terre — a two-bedroom, two-bathroom unit in another historic building downtown in TriBeCa — 108 Leonard St., as The Post reported exclusively.

Built by McKim, Mead & White, the landmarked building was once home to the New York Life Insurance Company but was converted to condos in 2018 — and spans the block between Lafayette and Broadway.

The couple’s main residence is in Nashville these days, but they also own an Australian farmhouse, a penthouse in Sydney and a mansion in LA.